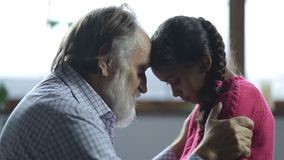 If I were given the task of picking the one thing that most adversely affects pro se petitioners filing cases in the Florida Courts, it would have to be, hands down, the issue of misinformation.  The Merriam-Webster Dictionary defines misinformation as “incorrect or misleading information”, and in my opinion, there is way too much of it going around in our legal environment, particularly in the area of pro se adoptions in Florida.

As if Florida pro se (self-represented) litigants did not already have enough to contend with, adding misinformation to the mix is like adding insult to injury.  This misinformation is not without cost, and in many instances, has led to great financial losses and has taken severe emotional tolls on pro se parties attempting to fulfill their family goals as they file their Florida step parent, relative and adult adoptions without an attorney.

In some instances, misinformation has caused a family to lose hope that they will ever be able to adopt their beloved relatives, many which they have been raising since birth.  Grandparents raising their grandchildren seem to be the most frequent target, although other close relatives are not exempt.  Many grandparents wanting to adopt their grandchildren in Florida are on a limited income and simply cannot afford an attorney.  Usually, their first thought is to find information with the Clerks of Court or with legal aid about how to file their own relative adoptions.  This is when their vulnerability and lack of experience places them at risk.  It seems to be a generalized practice for the Clerks of Court in the State of Florida to “recommend” that relatives filing an adoption can just “use” the step parent adoption forms available on the court forms website.  Nothing could be further from the truth, and most of these Clerks are not around to witness the devastation that such misinformation they casually share can cause later.

In the past 90 days, I have encountered no less than five (5) separate instances where misinformation resulted in disaster.  All of these cases were Florida pro se relative adoptions filed with the Court in different counties without the appropriate documents.  Two of the cases were dismissed outright without an explanation to the family (filed on step parent pro se adoption forms).  These families not only lost their filing fees, but they also lost valuable time when their cases just stalled for several months and could not proceed.  The issue:  incorrect and/or missing documents.  The fact that the Court quickly and easily recognized the deficiencies in using pro se step parent adoption forms for a pro se relative adoption is no consolation to these families that suffered great stress and financial hardship as a result of the dismissals.

In another case, the Petitioner was told by the Clerk of Court in her county to use the step parent adoption forms to file her relative adoption pro se, which she did.  The issue is that her relative was not related to her within the third degree, and, therefore, she could not file the adoption as a relative.  Unfortunately, she would have to get an approved home study, find an attorney she could afford, and file her adoption as a non-relative.  As a result of the misinformation, she lost her filing fee, diligent search fee, service of process costs and publication costs.  What should have been one of the happiest days of her life turned into a nightmare.

In yet another case, the Petitioners filed their relative adoption using step parent adoption papers provided by the Clerk of Court.  They processed the adoption with the consent of one parent and after some waiting, they received a court date.  Elated, they presented themselves, camera in hand, with other family members anticipating the long-awaited adoption to be finalized.  Much to their dismay, in the courtroom, the Judge informed them that their adoption packet was incorrect, and the case could not proceed.  Although they tried to explain to the Judge that they had used the pro se step parent adoption documents suggested the Clerk of Court, the Judge clearly stated that it was their responsibility to be sure that the correct documents were filed if they chose to process their case without benefit of counsel.  To say that this family was crushed is an understatement.  The culprit:  misinformation.

Cleaning up the Messes

Fortunately, we were able to assist this family with the preparation of the correct document package and their case was re-filed, processed, and just this past Friday, they received an Order for Final Hearing on the adoption from the Court.  I wish I could state that this happy conclusion is available to all, but it isn’t.  Families with limited finances who wish to adopt their loved ones aren’t always able to dodge these obstacles.

If I sound like a broken record when it comes to pro se adoptions in Florida, it is because I have first-hand experience in dealing with families that have been victimized by misinformation.  It doesn’t matter that it was well-intentioned, the results are still devastating.  To use and old adage, the road to hell is paved with good intentions, but no family wanting to adopt a child deserves this particular kind of hell.

Sometimes Attorneys Who Should Know Better are Part of the Problem

Another big issue regarding widespread misinformation comes from a source that should be trusted to provide accurate information – Florida family law attorneys.  I have lost count of the times I have taken a call from a prospective customer who tells me that an attorney they consulted with (sometimes at a hefty cost) told them such things as:

An attorney recently quoted one of our customers $10,000 in legal fees – per child, for a relative adoption in North Florida, and the attorney told the family that it would take several years, up to 5 years, to get it done.  (As of this writing, this family used our services to file their adoptions about 30-days ago, and their cases are almost ready for final hearing.)

A Licensed Florida Attorney Told a Family That They Had to Give Their Kids to DCF!

Another customer who hired us just last month to prepare her pro se relative adoption documents was told by the attorney she consulted with (at a cost of $250) that if she pursued her relative adoption, DCF would have to take the children she has lovingly raised in her home since birth and place them in foster care until the adoption was final.  I cannot describe the anguish that I heard in this woman’s voice at the prospect that DCF would take her children from her for wanting to give them stability and permanency.  Mind you, this was a Florida licensed attorney actually practicing law in the panhandle.  Shame, shame, shame on you.

Don’t Let Someone Kill Your Dreams with Bad Adoption Information

For most families, the prospect of not having thousands upon thousands of dollars to spend on a legal process, even a noble one, such as adoption, kills their dream of unifying their family ties.  For the adopting relatives, it is the loss of the hope of calling these children their own in a complete legal sense, to secure health/medical insurance for them, obtain a passport and countless issues.  For the children wanting to be adopted, the loss is beyond description, as it compromises their sense of stability, belonging, and their very identity.  For the children of older “parents”, the devastation caused by misinformation insidiously reaches into their very future, as they cannot obtain benefits, such as Social Security that would otherwise provide them with some financial security and the means to remain stable throughout their childhood.  For others, it can represent the loss of the ability to pursue university studies and other important milestones.

My message today is not just to scare you with the pitfalls you face as pro se litigants.  It is to raise your awareness about where those pitfalls may be located so that you can take preventive measures.  I cannot stress enough the importance of arming yourselves with the right information.

It gives me comfort to know that I am doing my part to rid our legal culture of misinformation when it comes to pro se step parent and relative adoptions in Florida.  If you’re ready to start your own relative, step parent, or adult adoption, you can read this page to get started.

If you have had your family adoption journey wrecked or hindered by receiving incorrect information from a clerk of court, an attorney, or another source, please leave a comment below and share your story.